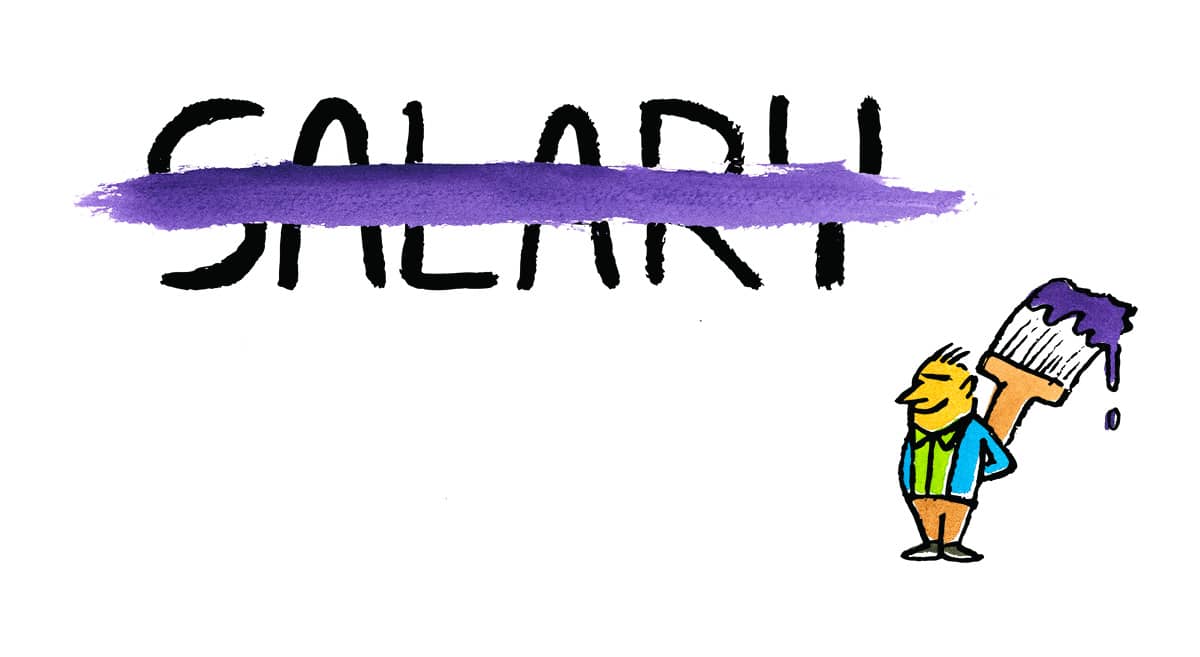 Imagine the scenario. You’re scrolling through a job board and you see a role that catches your eye. Your experience level meets the job description. It’s in the field you want to work in. Even better, it’s actually a step up from your current role.

You start to feel excited. You scroll to the bottom of the ad and your heart sinks, no salary…😔

This is a common experience for job candidates all over the world.

In fact, according to the 2021 data from Payscale, only 12.6% of global companies published the role’s pay range in their job ads.

This is despite the fact that 70% of US millennials surveyed in 2019 said that along with job security, salary was the most important deciding factor when considering whether they want to work for a company.

The shroud of secrecy around salary information is especially odd when you consider the fact that attracting talent has arguably never been more important. Research from ManpowerGroup found that talent shortages in the US have more than tripled in the last ten years, with 69% of employers struggling to fill positions.

If holding back on publishing salaries is so common in inclusive job postings worldwide, there must be a good reason for it, right?

Well, not necessarily. There are many reasons employers might not be upfront about a job’s salary or even salary range.

To decide if publishing salaries on your open role is a move that might make sense for your company, you’ll first need to know the potential risks preventing other employers from doing the same thing.

Here are some of the commonly cited reasons employers choose to keep candidates in the dark on salary range.

They believe not posting the salary will attract better candidates

If a company can’t afford to pay the salary for the level of experience they require, they might be holding hope that the job description will be enough to reel in a highly qualified job seeker that they can then win just by being a good interviewer..

Once they sit down at the interview table, they may be able to negotiate other perks and benefits to entice the candidate to accept the job.

To leave it open to negotiation

One of the biggest reasons employers keep salary information private is the power and flexibility it can give in negotiations.

Some employers will advertise a position before they’ve decided what level of experience they need.

By leaving the salary blank, they may think they’re giving themselves more opportunities to consider candidates across the experience spectrum. This way, they can weigh up salary vs. experience depending on the candidates that come in.

“Most job ads don’t include a salary range because employers want to keep the salary range private. It gives them a negotiating advantage when they do.”

This is more common the higher up in seniority you go. That’s because high-level management and executive teams pay a lot more attention to what the candidate brings to the table when there's a senior job title attached to the role.

To straight up hide it from other employees 🙄

An employer may worry that if they post salaries for their roles publicly, current employees may feel resentful if their own salaries are lower for the same position.

Understandably, companies may worry that a lack of pay equity will prompt employees to renegotiate their own salaries or even look for a position with another company.

And while an employer may believe they are protecting themselves this way, we know that hiding salary information is a surefire way to deter a high proportion of potential candidates from applying.

A Glassdoor study in 2018 found that 67% of jobseekers named salary as the top factor they look for in job ads. That is a lot of potential talent who could be scrolling right past your open role. Just think of how much more talent you could be attracting simply by including a salary or  salary range in your next posting!

Despite some of the seemingly solid reasons behind a company choosing not to include pay information in the job ad, there are just as many reasons why they should.

Here are just four of the main reasons being transparent about salary in your job descriptions could win you some big benefits.

Although it isn’t always true, the assumption many candidates make when they see a job ad without a salary listed, is that the position is going to underpay. Straight off the bat, this is going to prevent a large number of people from applying.

After all, we all lead busy lives. Maybe a candidate is already in a job and looking for another one, or maybe they’re between jobs and applying for dozens of open positions. Either way, they’re less likely to apply for the job that doesn’t have a salary listed versus one where they know exactly what they’re applying for.

In fact, according to data from the Pew Research Center, workers who quit in 2021 cited the following as their top three reasons for leaving:

If candidates are looking to leave their job (and previous salary) for a better salary and you’re not even advertising yours, why would they apply?

On top of that, when you publish your salary range, the job applications you do receive are likely to be better.

Being clear and upfront about what you’re offering gives candidates a good reason to spend quality time on your application.

While talking openly about salary and earnings may have been considered taboo in the past, this is beginning to change.

Millennials in particular are much more open about their compensation. All over the world, there are campaigns advocating for employees to publicly share their salaries to encourage fair pay, and equal pay for equal work.

For example, the Show the Salary campaign for the charity sector and the Swiss campaign Zeig deinen Lohn, meaning ‘show your income’, are just two modern initiatives attempting to normalize salary transparency and close the wage gap by asking employees across industries to be open about how much they earn.

Meanwhile, TikToker Hannah Williams went viral earlier this year with her videos asking people on the streets of Washington DC how much they earn. She hopes her videos will change the conversation around pay transparency:

“If the Great Resignation has taught us anything, it is that there is power in numbers,” she said. “When workers are empowered, they can actually influence change. I figured, what better way to get open salaries out there on the Internet than by asking strangers on the street?”

However, this isn’t yet a priority shared by organizations. According to senior partner at Mercer Stephanie Penner, “About 17% of private companies practice pay transparency, while 41% discourage and 25% explicitly prohibit discussion of salary information.”

Since some 62% of Gen Z workers said they’d be more likely to apply to a company if the company’s leaders had a commitment to equal pay, salary transparency can help employers boost their employer branding and build a more diverse and representative workforce.

3. It avoids time-wasting on both sides

Including a salary on a job ad saves your recruiters, hiring managers and your candidates loads of time in the hiring process.

If candidates don’t know the full details of a job they’re applying for, you better believe they’re going to ask! Expect phone calls, emails, social media messages, all asking the same question. And can you blame them?

Wanting to know how much a job pays is a legitimate question, so save yourself and your hiring team valuable time and answer it in your job ad.

Same goes for the interview. If a candidate doesn’t know how much the job pays before they get to the real deal interview questions, it leaves the door wide open for a pretty awkward scenario.

If the pay is much lower than they expected and they aren’t willing to accept it, then you’ve wasted their time and yours. If you had been open about the salary from the start, that spot could have gone to someone who was happy with the offer, leaving more time to discuss skills, experience and values.

We know bias has a way of creeping into your diversity hiring process at every stage. That’s why, from the moment you create the job description, it’s important to be conscious of the language you’re using and what you choose to include and leave out.

Salary is no different.

Shockingly, the gender pay gap is still embarrassing, with women in the US still only making 83% of what men earn, and the racial gap is yet worse, with Black workers earning just 75% of white workers’ compensation.

Although it’s illegal to pay individuals different salaries if the only difference between them is a protected characteristic such as race, gender, age, or disability — subconscious bias can still come into play when making hiring decisions.

By hiding your salary, it is harder to be kept accountable to equal pay. For example, you might offer a younger person less money than you would an older person, consciously or subconsciously believing this would be less likely to affect their decision to accept the job.

Promote inclusivity and avoid a lawsuit by including the salary from the start.

So what’s the right way to include salary in your job ads? And what can you do if you don’t yet know exactly how much you’re willing to pay?

When in doubt, include a range

If you want to wait and see who applies before deciding on an exact salary, you can always include a salary range. For example:

Salary ranges typically vary by about $3,000 to $10,000 from the beginning to end point of the range, although it’s completely up to you to decide what is an appropriate salary range for your position.

Although we all want to be paid fairly, money isn’t always the bottom line for candidates.

If you are not able to pay the big bucks, are you able to offer other perks to attract potential talent?

Do you offer a corporate gym membership? Subsidized childcare? Company stocks? A matched 401K? How about a commission or bonus structure?

Don’t forget, in the age of the Great Resignation, non-monetary perks such as work flexibility can also be very attractive.

If your starting salary is low, another way to make your role more attractive is to highlight what a typical salary path looks like.

For example, if it’s a sales role, include what top performers earn within a one, two, and three-year timespan. Show candidates their potential for growth based on the performance metrics and progression plan you’ve mapped out for them.

Most importantly, be as clear, honest and detailed as you can from the very start of your recruitment process. By being transparent about your company’s needs and what you can truly offer, you’re much more likely to find the best person for the job.

Get Started for Free 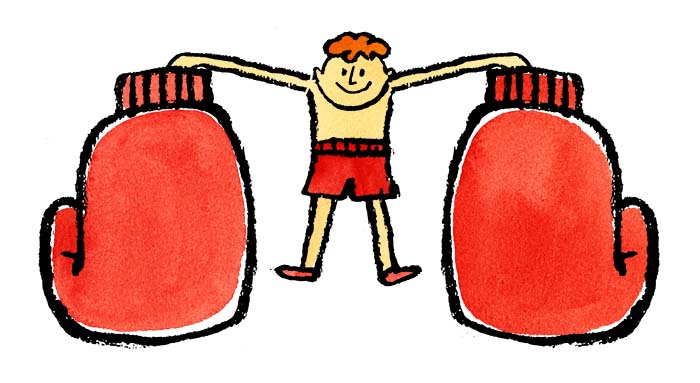 Need to build an employer brand that won’t break the budget? Check out these 10 award-winning SMBs for some serious HR inspo. 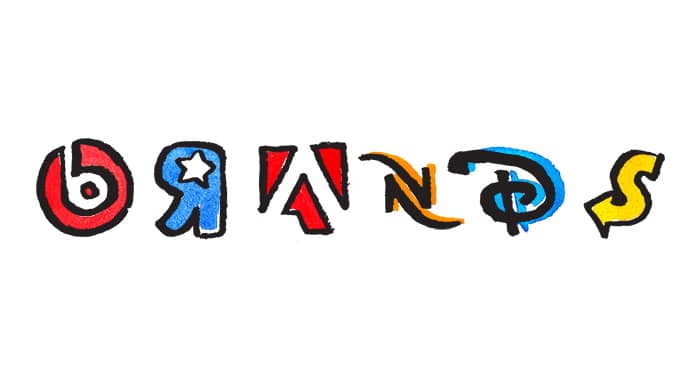 All About Employer Branding: 14 Companies that Nail It

Why should a candidate choose your company? Here’s how some of the world’s leading employer brands make it a no-brainer. 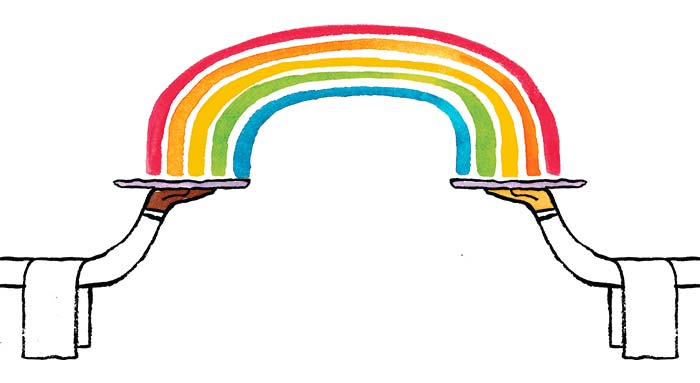 Diversity in the Hospitality Industry: 5 Brands Leading by Example

Diverse and inclusive hiring can be a game-changer for modern hospitality companies. Here’s how 5 hospitality brands are leading by example with diversity, equity and inclusion.