With Breezy HR, Power Pivot Pro was able to give their hiring process an update that it so desperately needed. 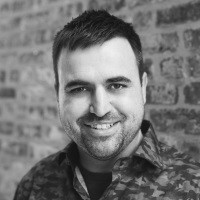 Update the recruitment process to align with your business growth

Rob Collie is a Power BI pioneer who knows good people when he sees them.

As Founder and CEO of P3, he’s the spiritual leader of the business—but he couldn’t create the billion-dollar value for clients without his right-hand man, Kellan Danielson.

Together they’ve propelled the company forward but like most fresh startups, when Rob first launched P3 it was a solo operation—and wearing all the hats made recruiting hard.

So, his first task was to create a test project he could deliver via email.

I would look at the email replies and go ‘this person looks good’… I had sort of a flowchart in my head of how they would work their way through the problem. And I would administer that manually. But once I’d hired a few people and we grew even more, we realized we couldn't just do this manually anymore.

At this point, Kellan was in charge of recruiting—but when he went on his honeymoon, a rogue employee switched the hiring process over to Breezy without telling anyone. Luckily, it turned out to be the perfect surprise. 😅

“When I went on the honeymoon, our other business partner took it upon himself to implement Breezy while I was gone. Sometimes we might consider that a bad thing but, in this situation, the process needed updating, and he implemented Breezy in just a few days’ time—which is unheard of. You can't implement a system in that amount of time. It’s kind of incredible.”

Rob and Kellan were skeptical about recruitment software—but with a hiring process so desperately in need of an update, they were more than willing to give Breezy a go.

The perfect-fit ATS that actually makes you smile

Once Rob and Kellan started organizing applicants inside Breezy, they realized they’d finally found the tool they’d been looking for.

There's only really a handful of pieces of software that I've discovered in my life that I truly emotionally love... Breezy is on that really short list of software that makes me smile. I don't usually smile about software.”

Finally, they’d found a software to help streamline their process and offer an awesome candidate experience.

“We don't have an HR department—we’re it. Before Breezy, we would either be bogged down in hiring, or we would forget [to contact candidates] for days at a time. And so, we’d discourage people or make them feel we weren't worth working for because we couldn’t even get back to them. We simply could not exist without these tools and I actually believe that.”

For Rob and Kellan, they’d found a match made in heaven—Breezy fit the exact needs of the company.

It's nice when you find something that actually works the way that you want it to. Breezy fits our needs, rather than we had to adapt our needs to fit it—which is the mistake most software makes.

The first thing Rob and Kellan noticed was the time Breezy saved them. Automated emails and customizable stage actions meant they no longer wasted time on mundane tasks and could handle much larger candidate volumes - which is a necessity when you’re maintaining such a high quality bar.

“It wouldn’t be feasible to broadly advertise job openings without a good automation system to filter candidates out initially. If we had to handle all that manually, we'd probably say we're just not going to advertise. [Breezy’s automation] allows us to throw a larger net.”

But it’s not just about time saved: the P3 team are all about people-first hiring and candidate experience is their #1 priority.

“We try really hard to be very, very friendly with candidates. Because we know we're touching so many people and we're only hiring or offering 2% of them. That means we're out there potentially influencing future clients inadvertently… Plus we really do just sincerely care. We want people to feel good about the whole process, even though very few will receive an offer. We have a rallying cry internally which is ‘No robots’, but we like the personalized robots.”

As a tech pro, the way tools run is super important to Rob—and Breezy hits the mark.

“I like the interface. I like how clean it is. It's easy to understand. This is what I used to do for Microsoft—design interfaces and deal with technical challenges. Breezy feels like a simple tool. Usually when you discover a simple tool it's not a comprehensive tool—but Breezy is a simple tool that does everything we need. And that's a rare piece of software.”

T-Mobile partner KCI Wireless needed to double its workforce to over 600 employees in a single year.

Finding candidates that are just as passionate as you are isn't always easy. See how Julie Zollo from Elevation Church is using Breezy to do just that.

Like most tech startups, Sarah Corboliou and her hiring team at Unito needed a fast, agile approach to hit their goal of doubling their headcount.

Read their story
Are you ready?

Join the thousands of companies already hiring with Breezy HR.